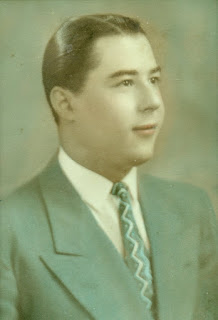 Winston-Salem- Mr. Jim "Jimmy" Thomas Mathes, 92, fell asleep in the Lord, Saturday, October 29, 2022, at Kate B. Reynolds Hospice Home after a courageous battle.  He was born May 1, 1930, in Klafsi, Evrytania, Greece, the son of Thomas and Fotene Hamberis Mathes.  Jimmy came to the United States in 1951 at the age of 21 and in 1955, married Stella Thalassinos and they made Winston-Salem their home.  He was the owner of N & J Sandwich Shop on 5th Street, where he served many people who were not just customers, but friends.  A member of Annunciation Greek Orthodox Church, Jimmy was a member of the building committee that was charged with building the present-day church on Keating Drive.  He was a master craftsman, a talented person who could "Do Anything."  This was accomplished by being a curious person with a sharp mind and the zeal to want to know everything about his surroundings.  He had a wit that allowed him to deliver a story or joke, where he could tell it twice and still have people laughing.  An avid reader, great dancer and great cook, Jimmy was a beloved husband, father, brother, and friend. He was a generous man who never met a stranger and could handle any situation.  He was preceded in death by his parents and a daughter, Frances Nelson.  Survivors include his loving wife of 67 years, Stella Thalassinos Mathes; a son, George Mathes of Winston-Salem; his sister, Rita Georgoulias (Mike) of Winston-Salem; a brother, Nick Mathes (Maria) of Winston-Salem; a sister-in-law, Despina T. Davis of Winston-Salem and many nieces, nephews, and friends.  Services for Jimmy will be private.  The family wants to thank Trellis Support and Kate B. Reynolds Hospice Home for their loving care.  In lieu of flowers, donations may be made to Annunciation Greek Orthodox Church, 435 Keating Drive, Winston-Salem, NC 27104 or to St. George Greek Orthodox Church, 808 N. Hamilton St., High Point, NC 27262.  Online condolences may be made at www.hayworth-miller.com.

Services for Jimmy will be private. 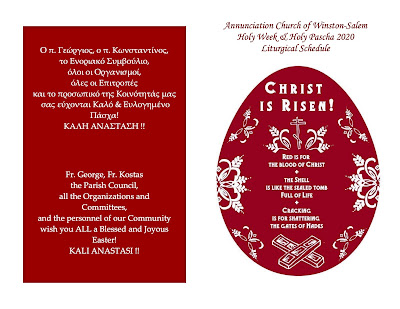