The Falling Asleep of Athena Gallins

Our beloved friends and parishioners,

It is with great sadness, yet with the hope of the resurrection, that we inform you, that our beloved sister in Christ, Mrs. Athena Gallins, the beloved mother of Penelope Gallins, Gussie Kroustalis, Vicki Fragakis, and Matthew Gallins, has fallen asleep in the Lord. The Graveside Funeral Service of Mrs. Athena Gallins, will take place this coming Saturday, November 20th, at 2:00PM, at the Forsyth Memorial Park Cemetery. It is the will of the family that instead of flowers, donations may be made to our Annunciation Church, or to the Centers for exceptional Children, or Trellis Supportive Care. May her memory be eternal!.

Athena Pappas Gallins was born in Winston-Salem on September 11, 1928, to the late Jeremiah and Vasso Angel Pappas. The family moved to Greensboro in 1935. Athena graduated from Greensboro High School and attended Women's College (UNCG). In 1946, when a young man, Gus Gallins, returned from the war and saw Athena, he asked her to marry him even though they had never dated and had only seen each other a couple of times. She decided she liked him as well, so she quit college and married Gus on November 16, 1947. Their Love grew over 59 wonderful years until he lost his battle to Parkinson'sin 2006. They were blessed with four children who she always told she loved more than anything.

Athena served on many volunteer boards, and she was convinced that she received more out of them than she gave. She especially enjoyed her work with The Children's Center, The Special Children's School, N.C. Stroke Association, TheUnited Way of Forsyth County, Little Theater, Child Guidance Board, New Winston Museum, Winston-Salem Human Relations Commission, UNCG Excellence Foundation, and the committee for the Joel and Claudette Weston Award. She was a lifetime member of the Philoptochos Society and a Sunday school teacher at the Annunciation Greek Orthodox Church and was an avid supporter ofUNCG. These activities served as a basis for her exceptional philanthropic efforts. Her family and friends knew her as a truly kind, generous, and giving person who loved everyone. Athena impressed all who knew her as a larger-than-life person who lived life to the fullest and enjoyed every minute. She brought so much joy to so many lives. 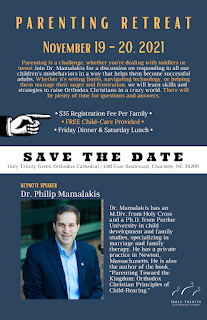